You may have received the same error I encountered.

This error popped up only after startup of SQL Server. To resolve the problem, we'd recreate the SAS key, using the same cert in the same script, and the backups would start working again. This affected all types of SQL database backups.

The issue was not our syntax (note the options, the syntax here is standard, but you do need to provide MAXTRANSFERSIZE = 4194304 and BLOCKSIZE = 65536 to backup to Azure blob storage.)
The issue was not the SAS key itself, which we tried creating via Storage Explorer, with PowerShell, with various expiration dates, with shared policies, etc.

Rather, the issue was with our SAS-based cert. Here was our syntax:

Again, the syntax was correct in the sense that backups would start working again right away. But after a reboot, the cert would not longer be available to SQL.

On the Azure Storage side, the logged failure was:

Why would the exact same SAS key expire after reboot, but then start working again when it was dropped/created? And why wouldn't ALTER'ing the key work?

Our ticket with Microsoft moved through the storage team, the SQL team, and eventually the SQL engine engineering team, who did a complete stack dump to catch the error.

The issue turned out to be related to the hyphen in our credential creation above, note I included "server-name" because our server names have hyphens in them. Turns out, this is unnecessary and caused SQL to choke on trusting the certificate after startup. Here's the explanation from Microsoft support after analysis of the debugger dump:


When you create the credential, the data as we expected is stored in cache and is also persisted to disk but since the data is available in cache, we directly access with full URL name and it works. But after the SQL Server service is restarted and since the credential wont be available in cache, we try to query it from metadata and the way we do it there seems to be an issue on how we fragment the URL and we incorrectly look for container with foldername causing the issue. This is also why Alter wont work and only DROP\CREATE works since it’s in cache again.

We changed the credential to omit the server-specific folder name in the credential. Note that we had originally included the full path to the backup folder because I had read a little too much into this portion of the documentation: THE CREDENTIAL NAME argument requires that the name match the container path."

This credential creation worked, and kept working after SQL startup.

Note the credential name ends with the container path but doesn't include the server name-specific subfolder, and still does not end with a '/'.


The support escalation engineer marked the ticket as a bug and filed a defect with the engineering team, so we may have a solution in place for this soon. The end.


Oh, also, when we were first starting to use Backup to URL, we got this on some of our older instances of SQL Server:
Problem was trying to use an SAS key on SQL Server prior to 2016. Not supported! Gotta use the old syntax and a certificate for the  storage account identity and access key.
No comments: 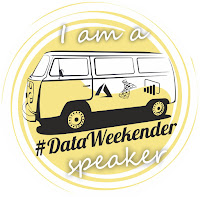 On Saturday May 2 Christine and I presented at the Data Community #DataWeekender Europe 2020 online conference, an all-online free virtual popup Microsoft Data Conference hosted by various professionals from around Europe. Our joint presentation is one of our favorites to present, Ethics in Modern Data. It was awesome to present to the international audience of hundreds of data professionals, and are grateful for the final time slot that put us in mid-morning Saturday, Central US Time!

This is an important topic that lives at the crossroads of both of our careers, my wife's career in organizational psychology and human resources, my career in data, and our joint passion for history and civil rights. It's important to understand that when dealing with bias, outcomes matter, intentions don't. While many of our examples come from the historical context of the United States, not all, and we have added addition context to an international audience.

Link to our presentation slidedeck with references is here: https://github.com/williamadba/Public-Presentations/blob/master/DataWeekender%20Europe%202020/Ethics%20in%20Modern%20Data.pptx  Thanks to UserGroup.tv, a previous recording of our presentation is available here.
No comments: